Cody Newman attended high school in Red Oak, Texas, graduating in 2001 as a band student under the direction of Keith Call. Mr. Newman then left the Dallas area for west Texas where he attended Texas Tech University in Lubbock. While at Texas Tech, Mr. Newman performed with the nationally recognized, Sudler Trophy winning Goin’ Band from Raiderland and the University Concert Band under the direction of Keith Bearden and Christopher Anderson. He also was a member of the Court Jesters basketball band and traveled around the country with the basketball teams of Texas Tech. He studied trumpet with Mr. Will Strieder and conducting with Mr. Gary Lewis.

Mr. Newman started at Poteet High School as a student teacher then taught band in the Plano Independent School District at Renner Middle School before returning home to Poteet High School as an associate director in the Fall of 2006. Under his direction, the Poteet Concert Band was a consistent winner of the UIL Sweepstakes award. During the years of Mr. Newman’s associate directorship, the marching band had also seen great success winning “Best in Class” at numerous competitions, three “Grand Champion” awards from area contests, a UIL Bronze Medal at the 2009 AAAA State Marching Contest, and being crowned the 2007 AAAA State Marching Champions.

In the Fall of 2011, Mr. Newman became the director of bands at Poteet High School and since has earned the UIL Sweepstakes award each year and been a consistent qualifier to the UIL Texas State Marching Contest. Recent accomplishments include another top 20 in the state finish at the State Marching Championships in 2019, a 5th place finish in the state in the 2017 State Championships, being named the Grand Champions of the Plano East Marching Invitational in 2019 and the USBands REMO Series Finale in the fall of 2018. The Poteet Honors Band was a Texas Music Educators Association Honor Band competition state finalist in both 2017 and 2019, Mark of Excellence National Winner multiple times and was named by the National Band Association as the 2018 Southwestern Division Program of Excellence.

Mr. Newman would like to extend his deepest gratitude to the Forney ISD administration and school board in this appointment, and is humbled by the great responsibility he has been entrusted with. The future is bright! 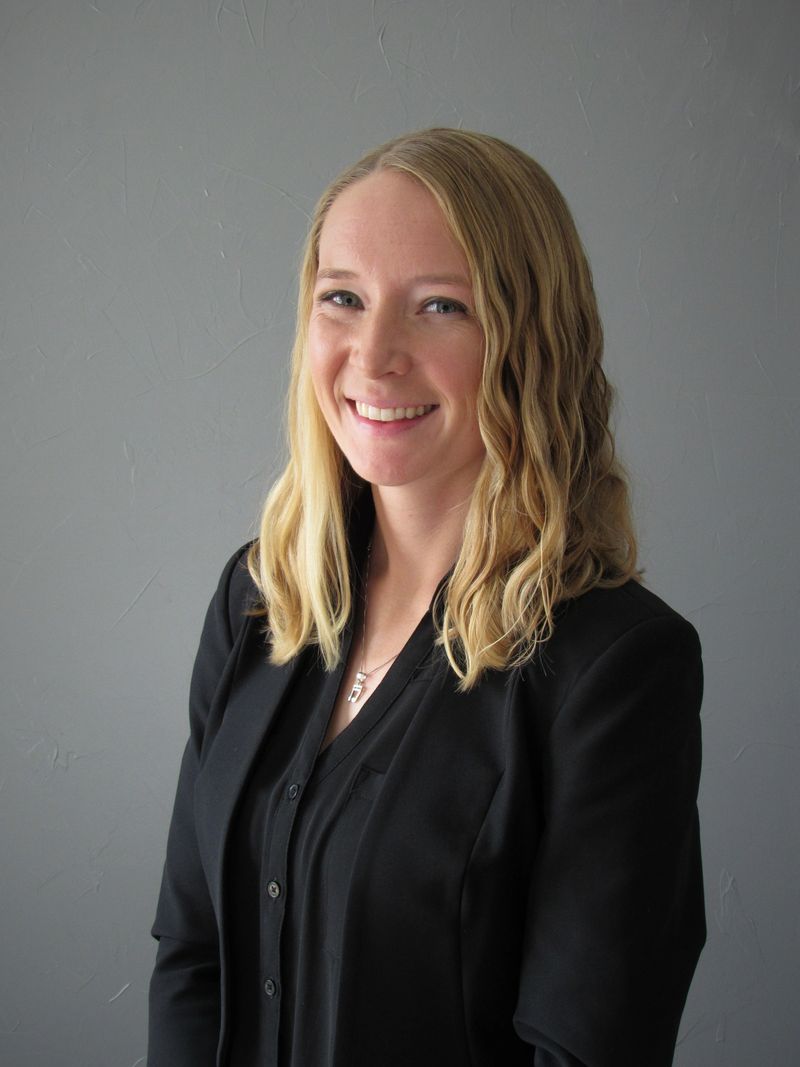 Mrs. Erin Funk is in her 4th year of teaching and 2nd year at Forney High School. Before coming to Forney, Mrs. Funk taught at Clute Intermediate School in Lake Jackson. While at Clute, the program numbers doubled and the Symphonic Band received their first sweepstakes in over twenty years. She also assisted with the award winning Brazoswood High School “Buc” Band.

In 2016, Mrs. Funk graduated from the University of Kansas with a Bachelor’s Degree in Music Education. During her time at KU, she performed with various groups, including Wind Ensemble, Symphony Orchestra, Jayhawk Marching Band, and Kansas Basketball Band. During this time, she also spent two years with the Colts Drum & Bugle Corps (2013 & 2015).

Mrs. Funk lives in Garland with her husband Taylor and their dog. She is looking forward to another great year at Forney. 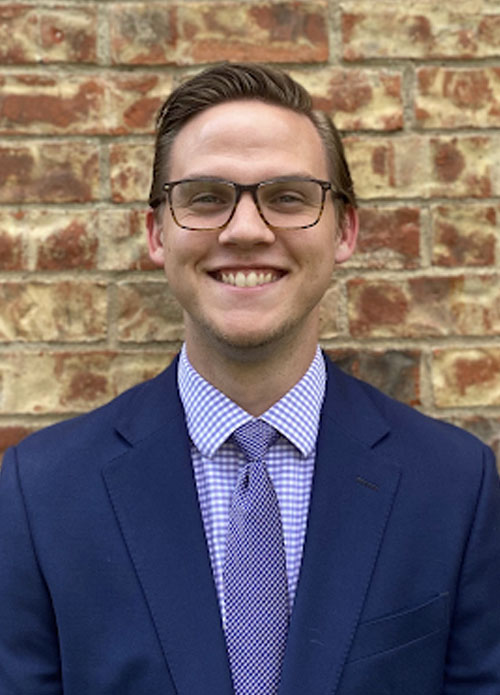 Ben Underbrink is in his 4th year of teaching and 1st year at Forney High School. Prior to teaching at Forney, Mr. Underbrink spent his first 3 years with Cypress Woods High School in Cypress, Texas. While at Woods, all concert bands received sweepstakes and the marching band was a 6A State Marching Contest Finalist. During those years, his responsibilities included assisting with the Wildcat Marching Band, directing the Concert Winds and Symphonic Band, teaching AP Music Theory, and conducting the school musicals.

Mr. Underbrink received his undergraduate degree in music education from Texas A&M University – Commerce. During his time at Commerce, Mr. Underbrink was a two-year drum major of the Pride Marching Band and four-year member of the Wind Ensemble. He also worked as a marching technician for Berkner, Denison, and Wakeland High School, and taught private lessons in Sulphur Springs, Denison, Forney, and Frisco ISD. Mr. Underbrink has served as a leadership instructor since 2012, joined the System Blue leadership team with Frank Troyka in 2015, and has taught at summer leadership camps and music conferences including those held in Texas, California, Oregon, Minnesota, Missouri, and Hawaii.

Mr. Underbrink lives in Dallas with his Fiancé, Alexandria, and their dog, Khali. Ms. Miller serves as a band director at Berkner High School in Richardson, Tx. Mr. Underbrink is excited to join the Forney band family and is looking forward to getting to know the community! 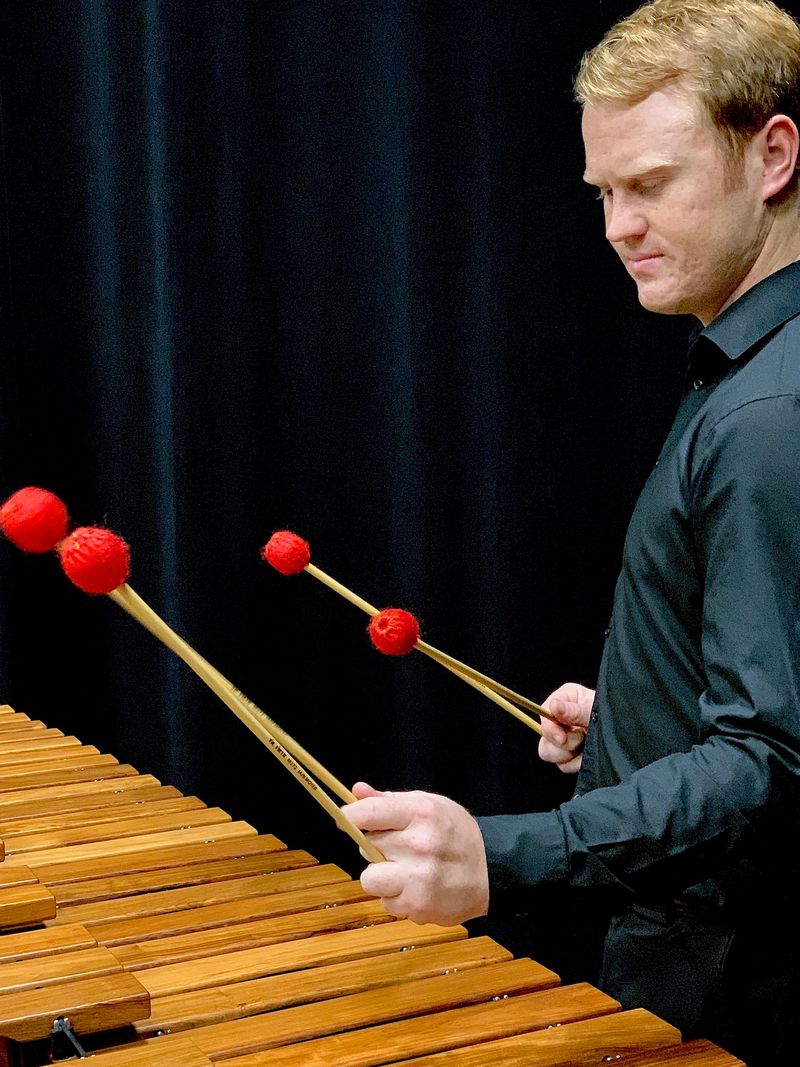 Mr. Riley Warren is currently in his 6th year at Forney High School, where he serves as Director of Percussion. Under Mr. Warren’s direction, the Forney HS Drumline has earned high accolades and caption awards at numerous area drumline contests such as HEB Drumline Contest, North Texas Drumline Contest, and the Lone Star Classic Drumline Competition. Additionally, the Forney HS Indoor Drumline has experienced success in the North Texas Colorguard Circuit, earing 1st Place in Scholastic Open Class in 2021. Most recently, the Forney HS Percussion Ensemble was selected to perform a showcase concert at the Percussive Arts Society International Convention in Indianapolis, Indiana.

Mr. Warren graduated from The University of Texas at Austin with a Bachelor of Music in Music Studies with a Performance Certificate in 2017. While at UT, Mr. Warren was a member of the Wind Ensemble, Symphony Orchestra, New Music Ensemble, Percussion Ensemble, and Longhorn Band, and studied under Dr. Thomas Burritt, Dr. Bob Duke, Jerry Junkin, and Tony Edwards. Concurrently while teaching full time at Forney HS, Mr. Warren earned his Master of Music Education Degree from Southern Methodist University, where he studied with Dr. Sarah Allen, Dr. Julie Scott, Dr. Rob Frank, Lynne Jackson, Jack Delaney, and Frank Troyka.

Mr. Warren is an educational artist for Vic Firth Sticks & Mallets and Zildjian Cymbals. He is a sought-after percussion arranger and clinician in the DFW-metroplex. When he is not teaching, Mr. Warren enjoys spending time outside, playing video games, and traveling the world. He currently resides in Dallas, Texas with his girlfriend Katie and yellow labrador, Hank. 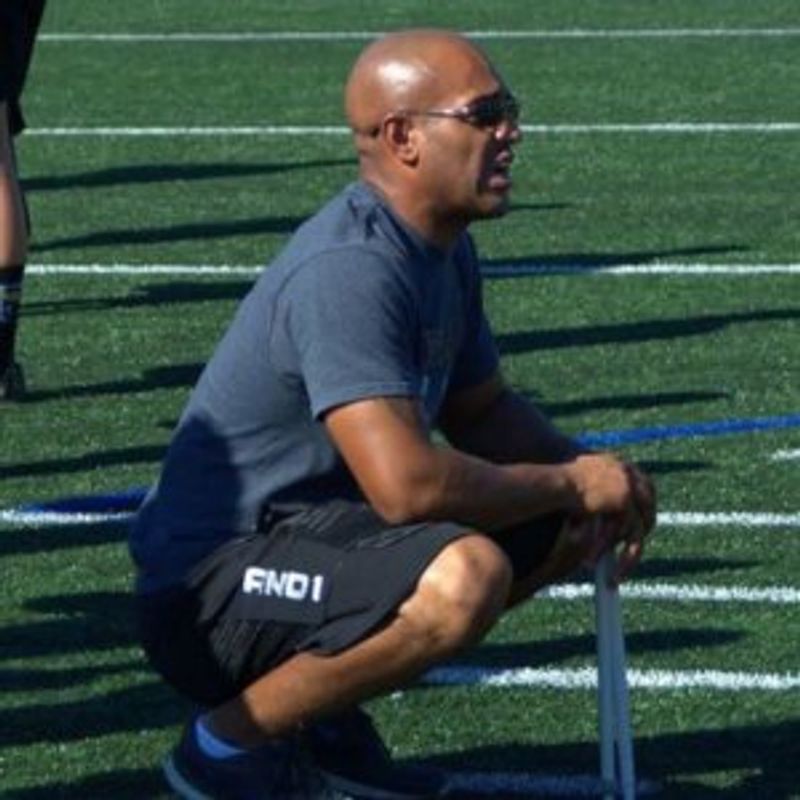 Shannon Jacobs has been an active percussion instructor, clinician, arranger and adjudicator in the DFW area for over a decade. Shannon graduated from Arlington Heights High School in Fort Worth, TX, in 2004. From there he attended The University of Texas at Arlington. At UTA he was a member of the Marching Band, Wind Ensemble, Percussion Ensemble, World Ensemble, and Samba Band.

Shannon has performed concerts with artists such as Ney Rosauro, John Riley, Horacio “El Negro” Hernandez and others. In 2006, the UTA Drumline placed 2nd at the PASIC marching percussion festival in which he was a member of the snare line. Shannon also has performing experience with the Syracuse Brigadiers, Insignia Indoor Percussion Ensemble, Surround Sound Indoor Drumline, and The Dallas Cowboys Rhythm and Blue Drum Line.

As an arranger and clinician, he has enjoyed working with dozens of schools in the DFW area, as well as groups in south Texas and as far away as Maryland. Shannon has been a part of the staff at Forney High School since 2007 where he has been the private lesson teacher, battery technician and percussion arranger. While at Forney, the percussion section has been extremely successful, winning high percussion awards at multiple marching band contests and receiving medals at both the HEB and Lonestar Drumline contests.

Casey Snead has been sharing his passion for the marching arts for the past 15 years working with many locally and nationally competitive programs. Casey loves to combine the artistry found in WGI with marching band. He is a drill writer, program coordinator, and choreographer as well as the owner of Artistic Motion, a marching arts company.

He had the opportunity to march as a color guard member of the Cavaliers Drum and Bugle Corps in 2008 and has been a multi-year veteran of Black Gold IW, both as performer and staff member.